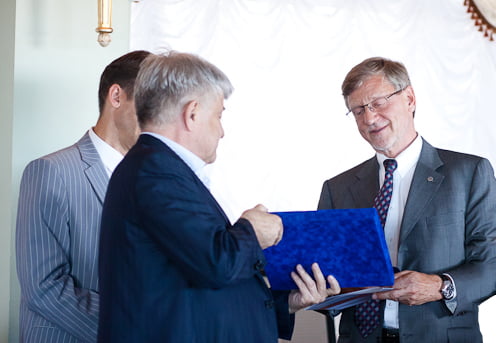 Director of Vodokanal St. Petersburg Mr. Felix Karmazinov handing out a diploma to Mr. Nurminen at the closing ceremony of the St. Petersburg WWTP in year 2011. 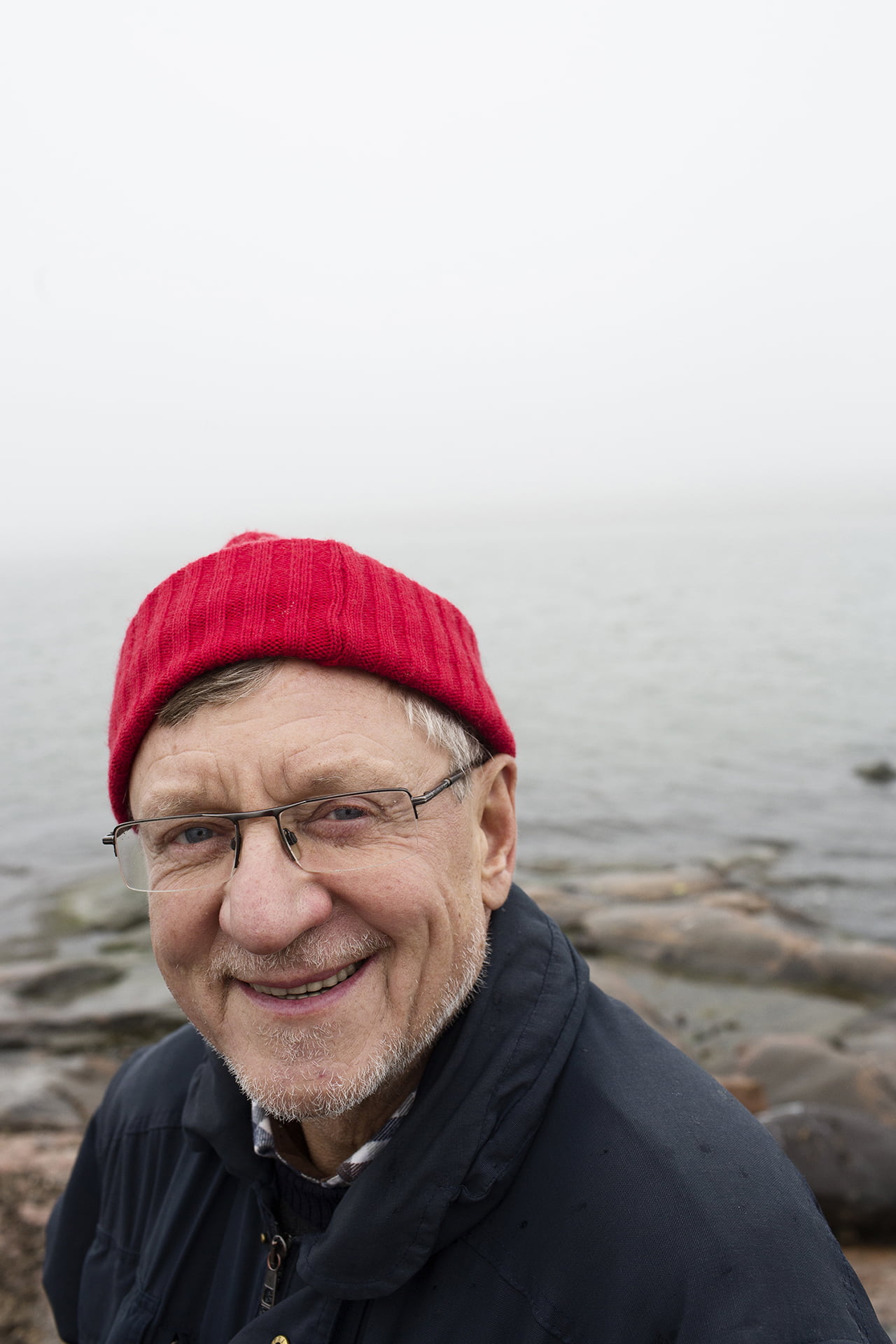 The woolly red diver’s cap was the trademark of the legendary diver Jacques Cousteau. Juha got his red cap when he was invited to become a honorary member of the Finnish divers´guild.

SYK Alumni of the Year 2017
SYK alumni of the year, one male and one female, have been elected since 2013. The choice is made by SYKE ry, the alumni association of Helsingin Suomalainen Yhteiskoulu (SYK).

Gold Medal of the City of Helsinki 2011
The Helsinki medal, awarded by the Helsinki City Board on 9 May 2011, is the city’s highest acknowledgement of important work for the city.

Businessman of the Year 2010
In 2010, Suomen Liikemiesyhdistys (association of Finnish businessmen) selected Juha Nurminen as businessman of the year. ‘With its choice this year, Suomen Liikemiesyhdistys wishes to highlight a businessman who has been successful in his tasks, and wants to provide his knowhow and extensive societal and business networks to the service of promoting the wellbeing of the environment. Juha Nurminen’s selfless manner of working, on top of his other daily tasks, to promote the quality of life of all citizens sets an excellent example to all successful businessmen.’

Cross of Merit of the Blue Reserve, 2005
The Commander of the Navy granted Juha Nurminen the Cross of Merit no. 19 for his exemplary actions in promoting the aims of voluntary reserve operations in naval defence. The Blue Reserve preserves naval military traditions and promotes naval military skills; with this medal, the Blue Reserve emphasizes the importance of the continuous maintenance of marine national defence capability and spirit, an integral part of safeguarding the independence of our country.

Commander of the Order of the Holy Lamb, 1999
This medal was granted to Juha Nurminen by the Finnish Orthodox Church in recognition of his participation in an aid project that spanned several years, transporting significant amounts of medicines and hospital equipment from the Finnish pharmaceutical industry to be distributed and used by the hospital network of the Orthodox Church in the Middle East.

Commander of the Order of the Lion of Finland, 1997

Military rank
Lieutenant commander. During his time in military service in 1965 – 1966, Juha Nurminen served e.g. on the training ship frigate Matti Kurki, as well as on minesweepers and motor gunboats.  During reserve duty, he has been an active participant in national defence work, taking up various tasks in the navy and later in Defence Command.